Lily pictured above at her second National show, and again wins a place in a strong class of beautiful bitches. 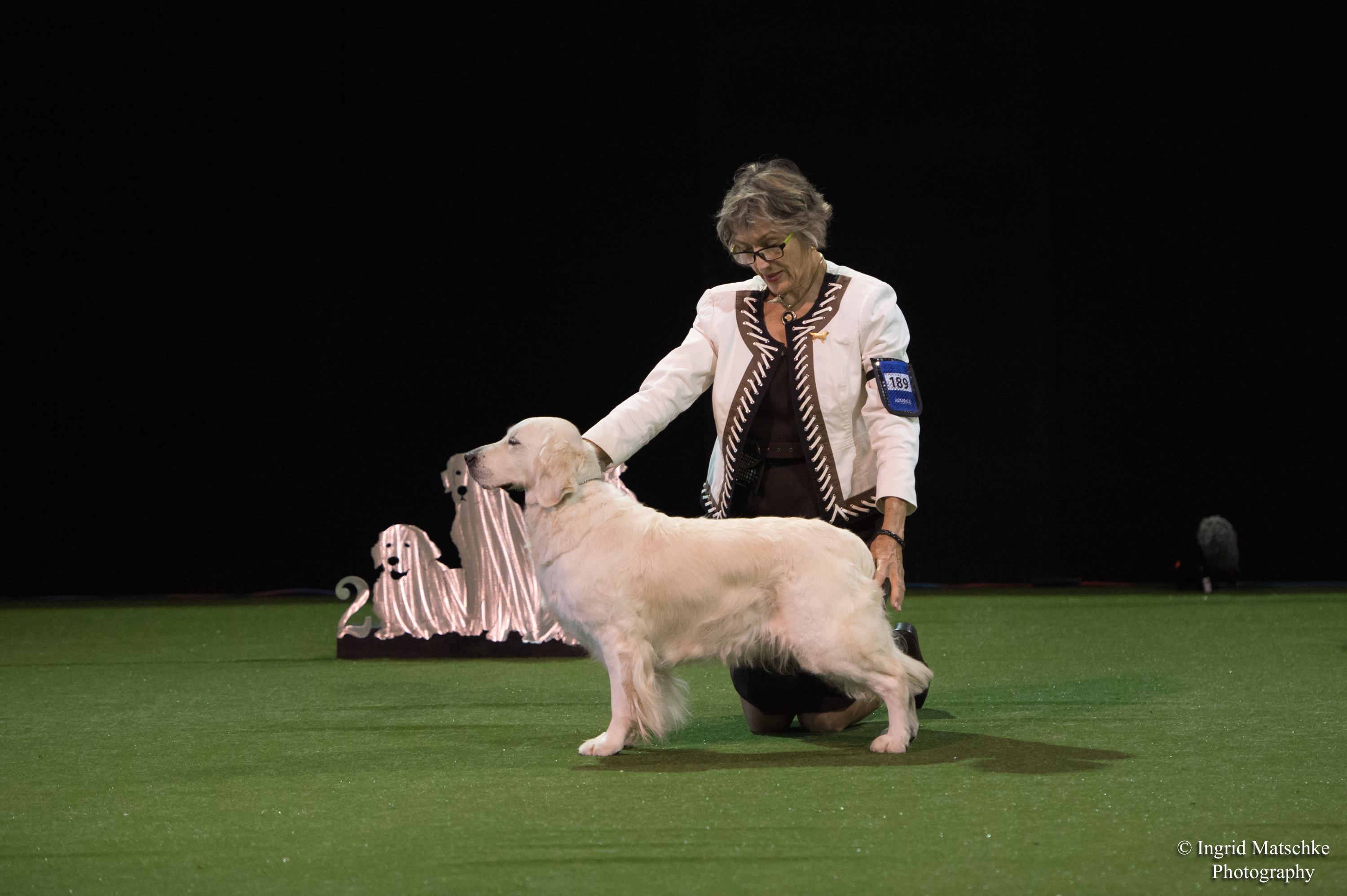 Lily pictured above at her third and final National show  in a very strong Open Class - Adelaide May 2017.

Lily (cream) and Poppy (gold) at their first big GRC show aged 4 months old.  Poppy had sniffed out the treats in my pocket - she WAS supposed to be under Wayne's "control".  Both these young girls are SO much fun both at home and their first shows.  See their constantly-wagging tails! Photo courtesy Vera Thomas (Vic)

Lily had two lovely litters for us before we had her spayed aged 7.  In September 2017 she began showing in the neuter classes as company for one of our younger boys.

What some of the Judges have said about our Lily at GRC championship shows:

"Efficient and eye-catching on the move; nice layback, bend of stifle and well let down hocks; tail set a little lower than ideal." 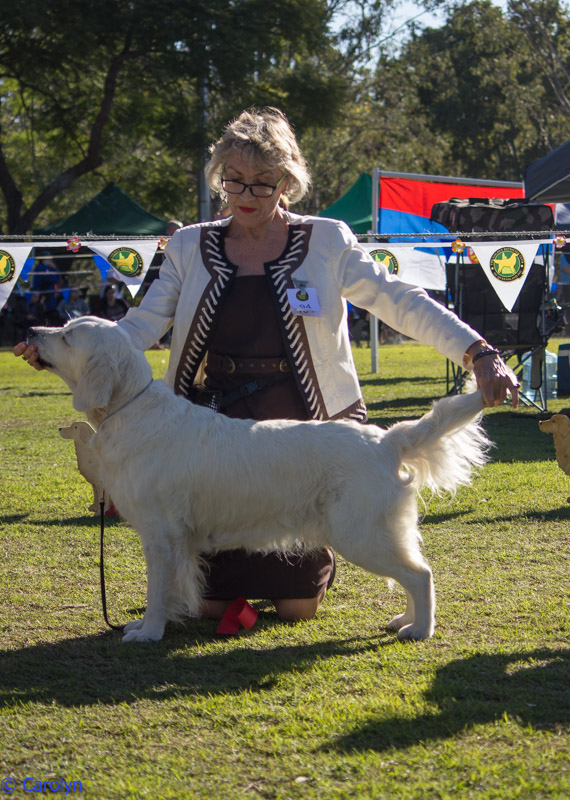 "She has excellent front assembly, very tight return of elbow, good long upper arm and nice lay back of shoulder.  Excellent coat texture and length. Good strong hock joints and good bend of stifle.  She covered the ground effortlessly and was able to look like she could do it all day.  Very strong head, with a little bit of a large ear.  A very nice bitch with a lot of balance." 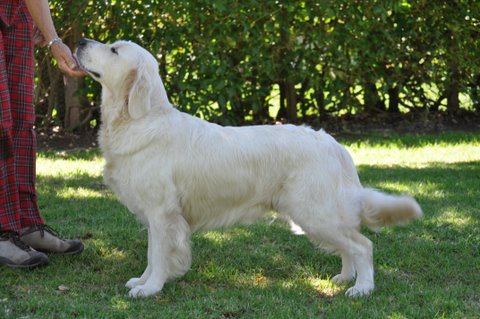 "Similar to 1 but just not the balance at the moment, good reach of neck leading to well placed shoulders, level topline. good rear quarters."

"Handler (Wayne this time LOL) could do more with this one but just saw enough of her qualities to justify her placing.  The most beautiful of heads, very much my cup of tea.  Kind, dark eye.  Elegant balanced outline.  Good bone and feet.  Moved out well with good forward reach."