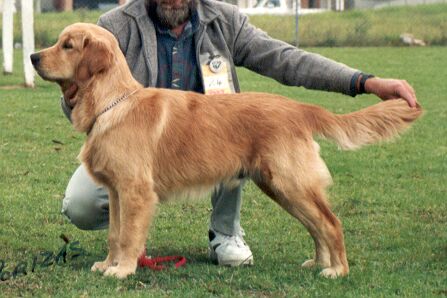 Pictured 8 May 1994 at the NSW GRC Championship show where he won
Minor Puppy in Show under Tom Creamer (Ireland).

Louis has been living with John & Janelle Polley & their daughters since February 1997 where he was absolutely loved to pieces.   Sadly Lou had to be put to sleep following a stroke just short of his 14th birthday and will be greatly missed.  He is buried here at "Alnclair" with many of our other Goldens who have also crossed the Rainbow Bridge before or after him.